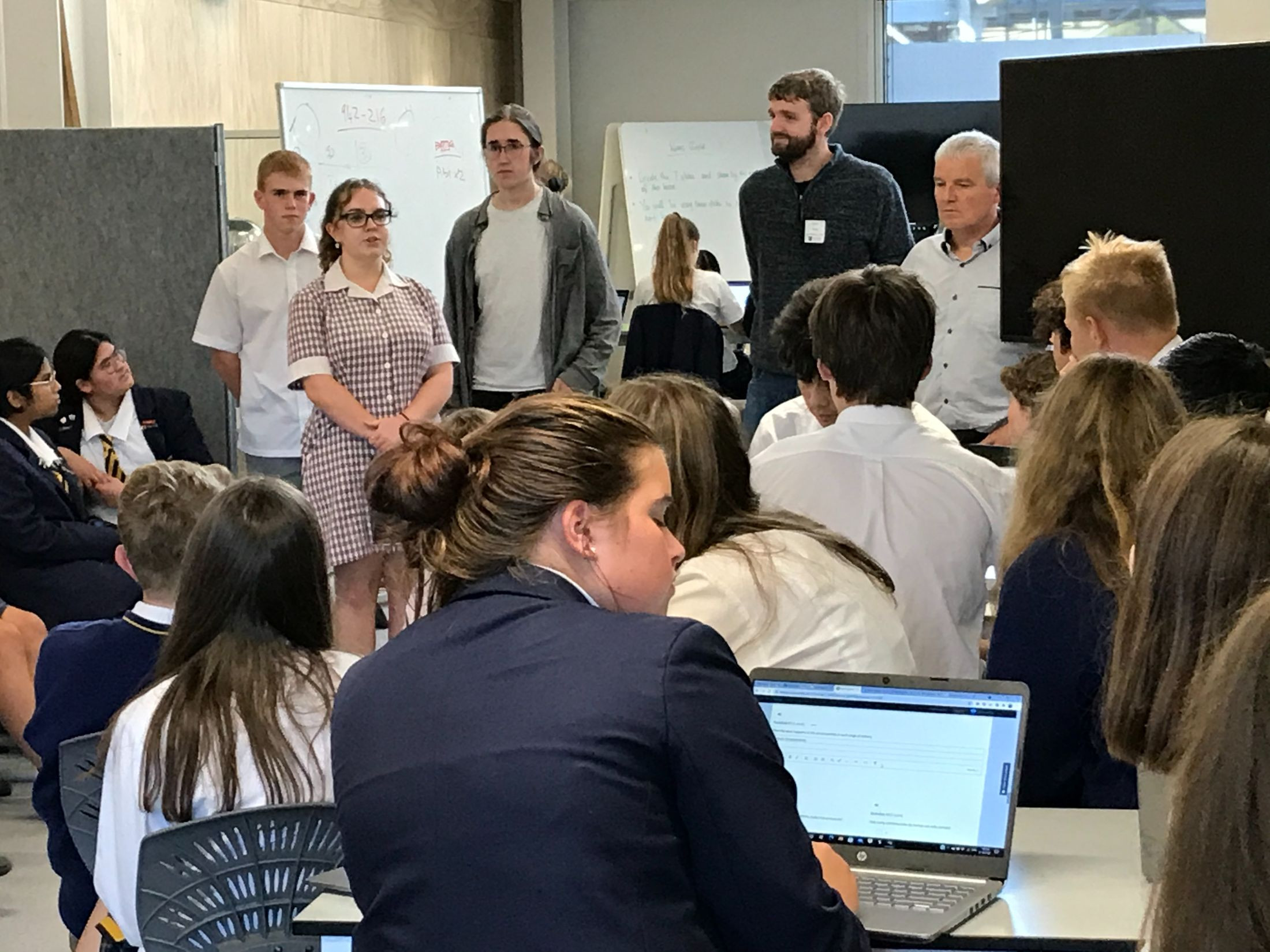 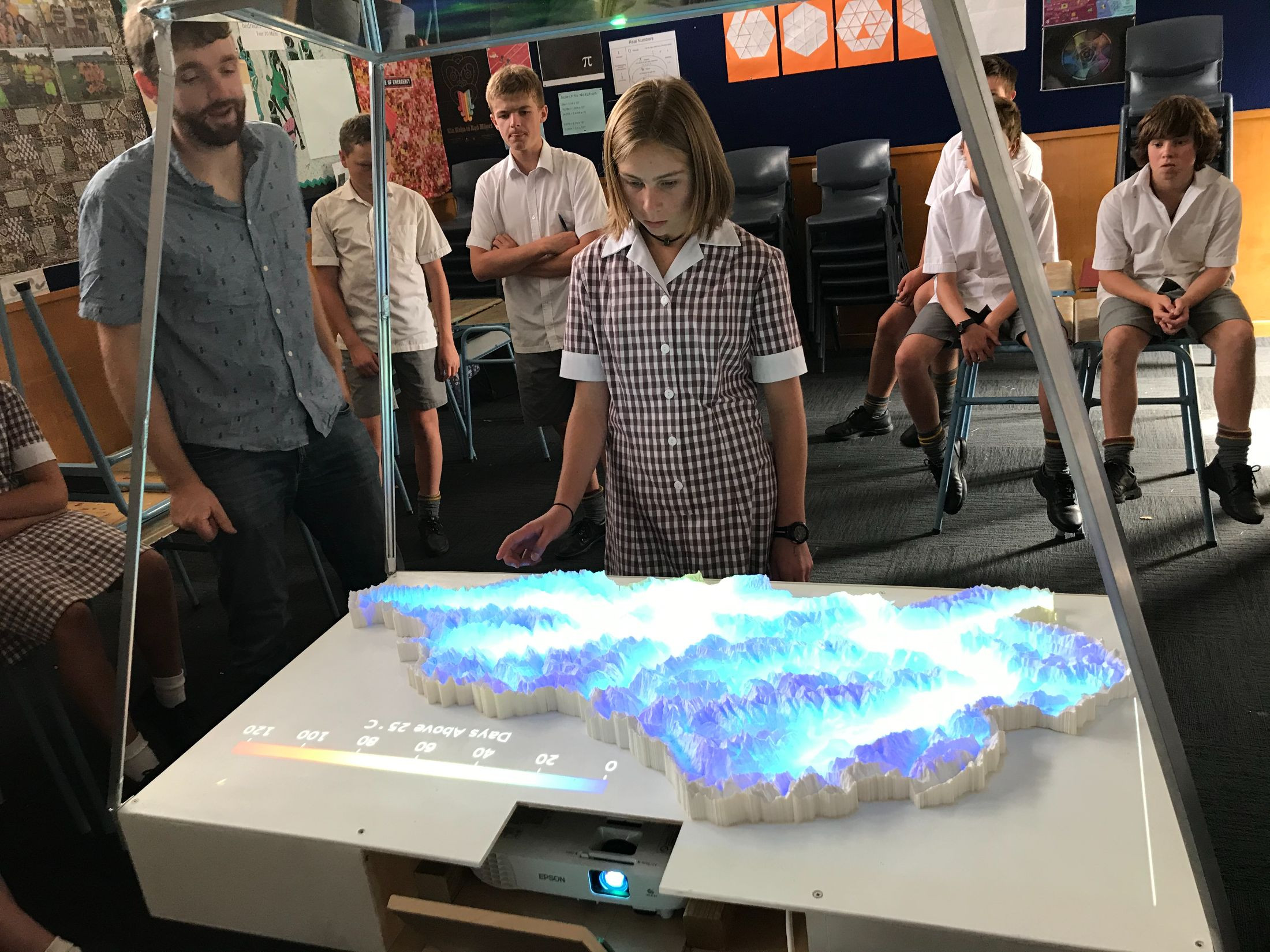 Our main purpose for doing this experiment was to see if we can get people (especially the younger generation), to care about climate change. I planned an experiment with Bodeker comparing two types of presentation methods to see which one is the most effective by using a model they created that projects climate change scenarios. The model, created by Ethan Dale from Bodeker Scientific, James Avenell and Niall Asher from DHS is a replica of the Queenstown Lakes Districts, and shows different scenarios over a 100 year time span depending on the amount of emissions we emit.

Last Friday we used Year 9 and 10 Rees students to test our experiment on. We had two groups who went to their respective presentation and asked them questions beforehand then the same questions afterwards, to see how effective each presentation was. It was a great trial run, and really helped me iron out any small errors. On Wednesday we then took the model on the road and went to Wakatipu High School. We ran the same experiment with some minor adjustments on two Year 10 classes. The students seemed to really engage with the model and were interested in learning more. I’ll be using the data to write up a report on the effectiveness of using the model, and also about how we can get people to care about climate change.

Leading photo - Dr Ethan Dale from Bodeker Scientific, with the three students, Emily, Niall and James, who worked on the project with him.