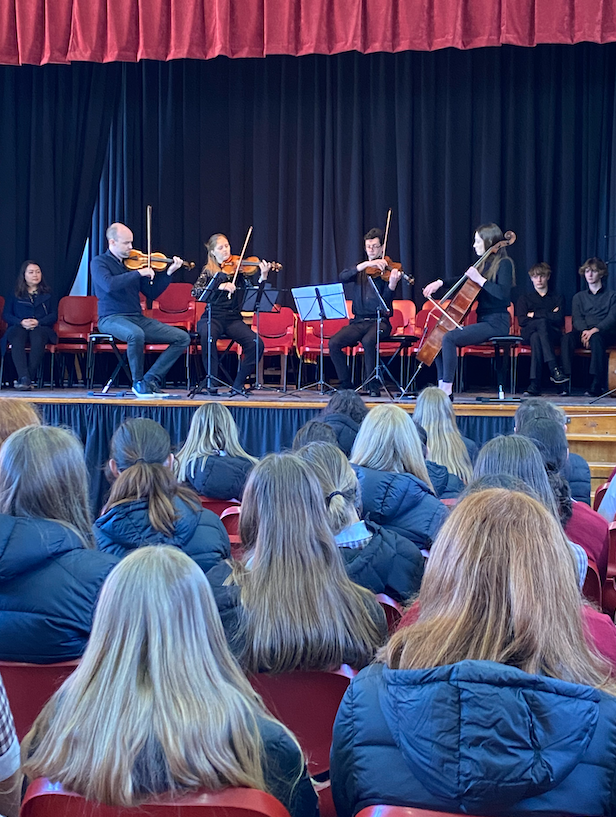 The group including professionals, and up and coming talent have been performing concerts around Central Otago. Members of the group included:

It was so amazing to hear them play, learn about each string instrument and some very interesting facts including how the cello is the strong foundation for the group but it also gets to play melodies as well.

Peter mentioned the viola is in control of shifting harmonies around and is an octave higher than the cello. The viola’s sound is built upon the cello.The violin is to sound pretty and everyone was blown away when Benjamin mentioned the violin he was playing was crafted over 300 years ago in 1694 in Italy and the bow 120 years old and was made in France.

The group performed a piece composed by Salina Fisher when she was in year 11 at high school called Silohette. All the techniques used in this piece were explained to the students.

String instruments are to sound like a human voice soulful or lyrical.

A huge thank you from Dunstan High.