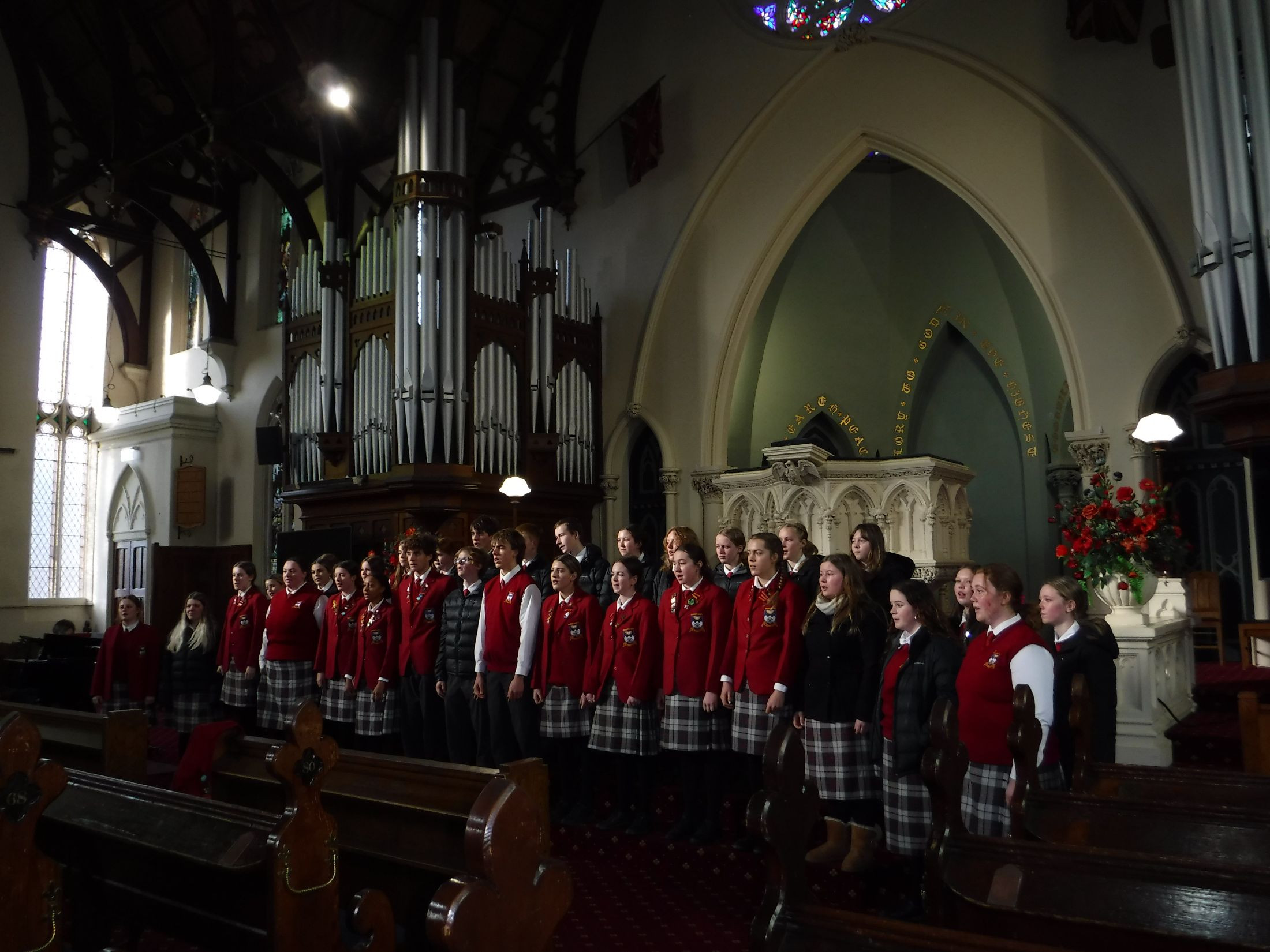 It has been a battle to establish a choir this year.  Initially the students were not even allowed to sing or rehearse indoors. Eventually they were allowed to sing, but under the veranda outside the Performing Arts Block, at times singing in the cold weather. However, with the determination of the choir directors, Bronwyn Barnes, Nick Meissel and Liz Conway, they were able to push on with rehearsals and got the choir, consisting of 35 students (numbers are usually around 60-70), to a level where they could perform at the Big Sing. A huge thanks to the choir directors for giving up their time to get the students to the competition, and to the students who turned up every week for rehearsal during such difficult times.

Dunstanza opened the competition with the premiere performance of Whisper a composition written especially for the choir by one of the directors, Liz Conway. The choir competition was scaled back this year being held at Knox Church; it is normally held in the Dunedin Town Hall. There were 13 choirs from 12 schools, each singing two songs.

Although the choir did not come away with any awards, the students did themselves proud, looked very sharp in their red vests and sang beautifully. The students were a credit to the school and an absolute pleasure to take away.