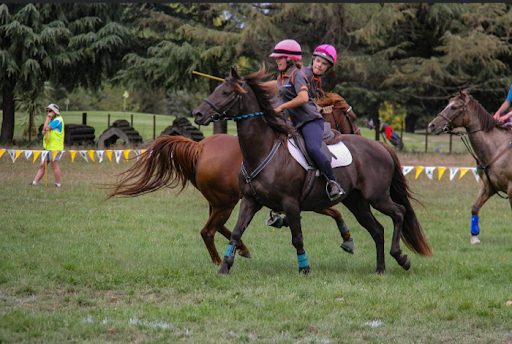 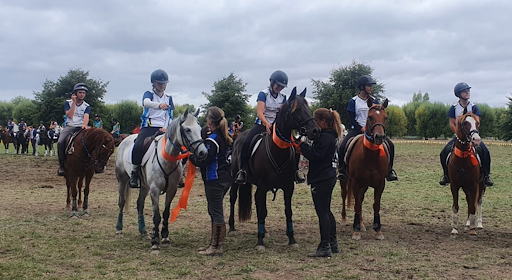 Mounted Games are a series of fun fast races, exciting for participants and spectators alike, performed by people of all ages on ponies (up to 15.0 hands).

The annual HOY Mounted Games Competition is open to riders across New Zealand who are financial members of NZ Mounted Games Association. The annual Landrover Horse of the Year show in Hastings is an opportunity to showcase their sport and their talents. This year, 4 Dunstan riders went up and competed in the annual NZ Mounted Games competition vying for the top spot in the country, over the 8th-10th March.

Unfortunately HOY was cancelled due to COVIDbutt the Mounted Games Competitions still went ahead, which was fantastic for the riders.

Annajhay Waldron and Maddison Harrex, along with Caitlyn and Jake Henderson, partnered up. Both teams competed in the U17 section against 13 other pairs teams, from across the country who attended the event. The Competition consisted of three Sessions and a Final.