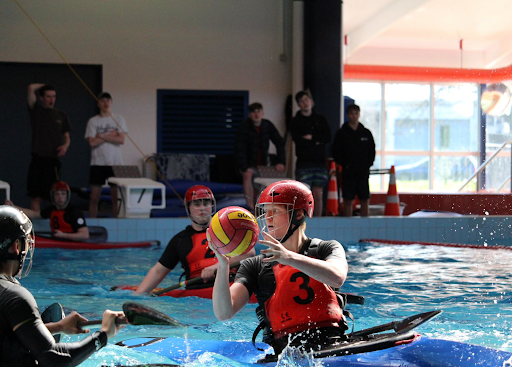 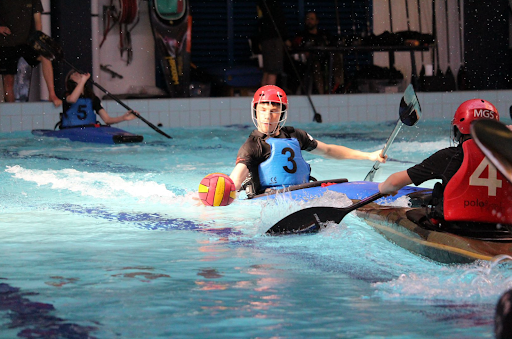 There were some excellent paddlers at the event and Dunstan, once again, did exceptionally well. The Junior A team won their division convincingly against Shirley Boys High School. The team of Riley Allen,Harry Thow, Ben Wright, Kodi Knights and Ollie Goldsmith were a pleasure to watch.

The Senior A team was pipped by 1 goal by Middleton Grange High School in the final. The team of Nick Collier,Josh Allan,Thomas Begg, Liam King, Ethan Knights and Sam Kelly played an exceptionally high standard of polo.

Congratulations to the Dunstan Girls team who were made up of 3 new Yr 9 paddlers and Claudia McNally from Poolburn School. They progressed as the weekend went on and should be a force to contend with in the future.

Ollie Goldsmith was the top overall goal scorer of the tournament with 30 goals. He was also nominated for the overall tournament team which is a big achievement for a Yr 10 student.

Thanks to George Collier, Kaylee McNally, Robyn Nixon, Geoff King and the wonderful John Williamson for your support and time. Max Collier also assisted the teams with his excellent coaching skills. His knowledge of the sport was invaluable. The DHS students appreciated everything you did for them over the weekend.

John is retiring from the Canoe Polo scene after many years of developing the sport in Alexandra. On behalf of the school,  we would like to sincerely thank him for his time and the effort he has put into DHS Canoe Polo.